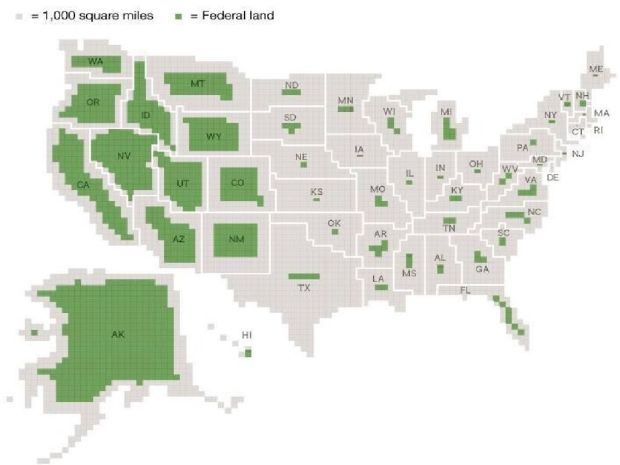 If you were to look at the proportions of federal land in each of the states, you would not be able to help but notice that the western half of the country has a much larger percentage of its lands in the hands of the federal government.

So where did this divide in thinking, as far as the way in which the country should be run, begin?

It actually started around the beginning of the 20th century, with the rise of the Progressive Movement. It was too late to seize the land of those in the East, as they were given constitutional protections from any potentially out of control government, but several Progressive presidents leaped at the opportunity to grab unclaimed land in the West. 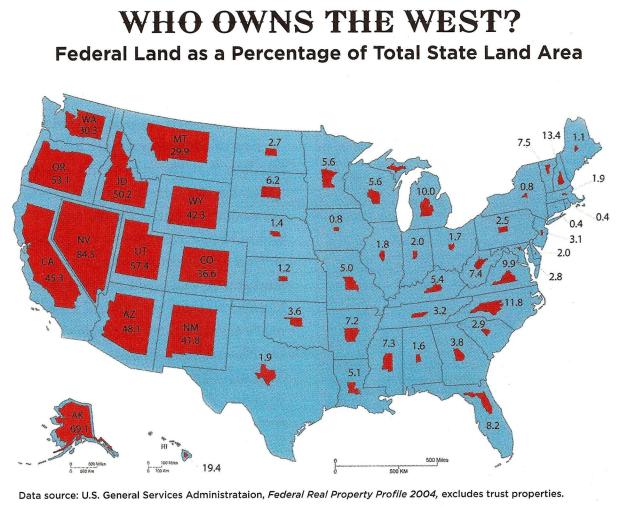 This wildlife preserve was created at the insistence of wildlife photographers who warned the president that plume hunters were threatening to wipe out the waterfowl in the area.

These hunters were using the feathers of waterfowl as decorations for hats.

To protect the bird species in the area, Roosevelt claimed the area as federal land using an executive order making it the 19th of 51 wildlife refuges created by the president.

Yet as with every instance that the federal government grants itself a power or authority, as a result of a crisis, it will never return that power once the crisis is over.

After all, Barack Obama’s former Chief of Staff, Rahm Emanuel, once taught us that a crisis allows you to act in a way that you would not, or could not, before.

“You never let a serious crisis go to waste. And what I mean by that it’s an opportunity to do things you think you could not do before..”

There is clearly no longer a large market for decorative feathers in people’s hats. Just try to recall the last time you saw somebody walking down the street with a plume feather sticking out of their hat.

Yet, with the crisis averted, rather that returning the land for the public to use, the federal government has expanded that particular piece of land to more than twice its size.

Some have suggested that the federal government should turn this land over to the states, who are better equipped at dispersing the land and of being closer to knowing the specific needs that each piece of land requires.

What do you think about the idea of the federal government owning so much land in the country?