Poll: Can The Country Ever Heal Its Divisions? 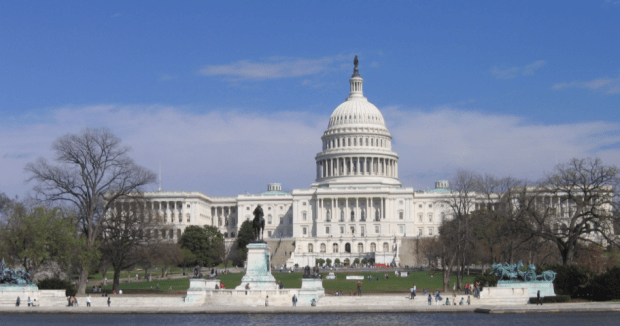 This is a very loaded poll question that can be interpreted in a number of ways, but we’ll try to narrow this down into a couple of questions.

First of all, a little bit of a background:

There are multiple factions in the United States that are trying to grab the reins of power.

Faction One: Donald Trump controls the White House, and is being described as an outsider who is not a politician who has been sent to Washington. His supporters believe that he will “drain the swamp,” secure the border, and restore American exceptionalism in the world.

Faction Three: On the opposite side of the aisle is the Democratic Party. The Democrats do not seem to have a single agreed-upon principle or standard that they are unwilling to violate in order to defeat their opponents. One of the most alarming characteristics of the Democratic Party is its willingness to use any and all powers of the federal government to target its political enemies. Whether it’s the IRS targeting conservative non-profits or Obama administration intelligence agencies using DNC funded opposition research to secure FISA warrants to spy on American citizens, the Democrats seem to believe that the federal government is only there for their personal use.

Faction Four: Though Bernie Sanders’ version of socialism was sent packing in 2016, there are still a number of Americans, with a large portion being Millennials, who think socialism is the way to go. Whether Sanders decides to run again in 2020 is really unimportant as there will likely be another representative of the socialist movement in America who will come after him and try securing power.

Faction Five: There has been talk that a possible fifth faction could be on the rise, and this would include those Americans who feel that none of the above mentioned factions represent their personal values and ideals. We’ll call this faction “Third Party-X” because, at the moment, there are multiple third party options, but none of them seem to be able to rival the two major political parties in the US.

Take the polls to weigh in on the subject:

Question One: Can the United States ever heal to the point where the above listed factions could work together for the benefit of the American people over their own factions’ self interests, or are the factions too far apart for there ever to be found common ground?

Question Two: If common ground cannot be found, who do you think will end up on top when the dust settles?