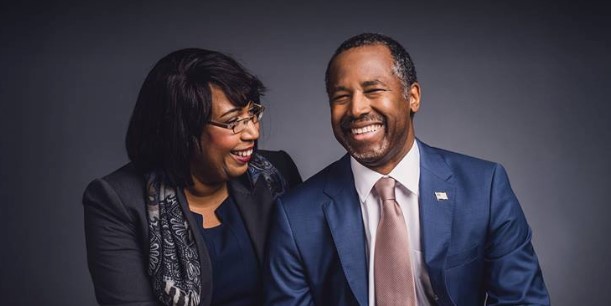 Ben Carson, President Donald Trump’s Secretary of the Department of Housing and Urban Development (HUD) – had his home in Virginia vandalized with an anti-Trump message and expletive.

In an on-camera interview with NBC News in Washington, D.C. – Carson said, “We were out of town and our house was toilet papered. They had painted ‘F Trump’ on it as well.”

Carson initially revealed the property damage on his Facebook page. “More recently our home in Virginia along with that of a neighbor was vandalized by people who also wrote hateful rhetoric about President Trump,” Carson wrote.

Carson said his neighbors cleaned up the vandalism and he does not want to hold any ill will toward the perpetrators. “You can’t necessarily control the animosity and the hatred of someone else, but you can control how you react,” he explained.

To drive home his point, Mr. Carson shared a story on Facebook regarding a time when he and his wife purchased a farm in rural Maryland. After he moved in Carson said one neighbor immediately put up a Confederate flag to intimidate him to move out of the area.

However, Carson revealed that other neighbors responded by putting up American flags. He revealed that the neighbor who put up the Confederate flag eventually took it down because of the shame he felt from the larger community.

“In both instances, less than kind behavior was met by people taking the high road,” Carson wrote. “We could all learn from these examples,” he continued. “Hatred and bigotry unfortunately still exists in our country and we must all continue to fight it, but let’s use the right tools.”