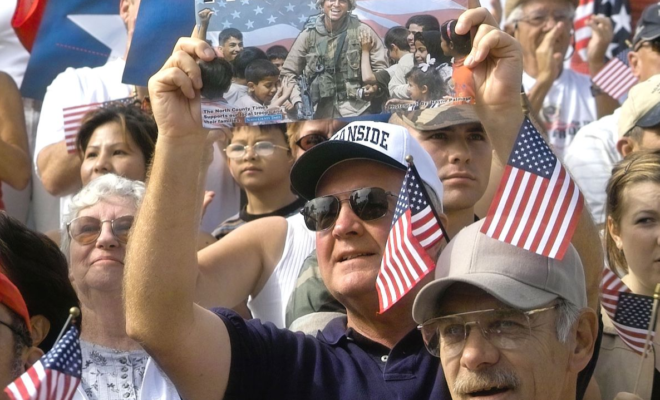 FACT CHECK: Did Weis Markets Ban Images Of The American Flag From Its Stores?

A viral Facebook post shared more than 23,000 times claims the grocery store chain Weis Markets recently banned the sale of products depicting the American flag and its employees from wearing representations of it.

Products depicting the American flag are still available for purchase. The existing uniform policy, which prohibits workers from wearing symbolic items on their uniform, has not changed, apart from extending it to face coverings, according to a Weis Markets spokesman.

Weis Markets is a primarily Pennsylvania-based grocery store chain that has locations in other Mid-Atlantic states.  The viral post, shared July 3, suggests that Weis Markets recently banned the sale of products depicting the American flag and banned employees from wearing representations of it.

“Weis Food stores will no longer sell anything with the American flag and their employees can no longer wear anything with the flag.. other than for the July 4th holiday,” reads the post. It then quotes an unnamed store manager who justified the alleged move by saying, “Weis is staying neutral.. they serve different groups of people in this country.”

While Weis does have a uniform policy that prohibits employees from displaying any logo, message or symbolic item, the grocery store chain has “not stopped selling products with the American flag on them,” Dennis Curtin, a spokesman for the company, said in a statement to the Daily Caller News Foundation. A search of Weis’s online catalog confirms products that use the image of the flag and reference its colors are still available for purchase.

An advertisement for Weis’ military discount offer includes a graphic of an American flag, and so did a Fourth of July message from the verified Weis Markets Twitter, further adding to the post’s dubiousness.

Happy 4th of July! Our stores and Pharmacies will be open today for any last minute picnic needs. pic.twitter.com/O6wKySTLgw

The post’s claim that the Weis Markets uniform policy recently changed in an effort to remain “neutral” doesn’t hold up either. The “existing dress code policy,” which prohibits logos, messages and symbolic items, hasn’t changed, except for adaptations for the coronavirus pandemic, according to Curtin.

“We have a uniform policy for our associates which has not changed,” Curtin told the DCNF. “Our associates cannot wear logoed, messaged or symbolic items while working. This policy extends to face coverings, which have become part of our uniform due to our COVID-19 safety protocols.”