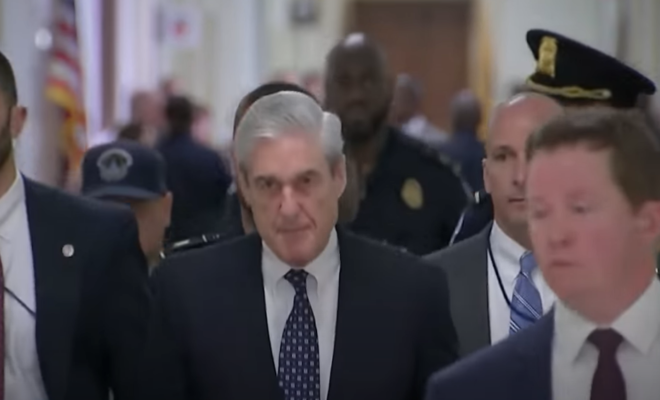 Andrew Weissmann, a top prosecutor on special counsel Robert Mueller’s Russia probe, is seeking a re-do of sorts in the investigation, saying in an op-ed Tuesday that Roger Stone should be hauled before a grand jury to answer questions about his interactions with President Donald Trump in 2016.

Writing in The New York Times, Weissmann also pushed a false claim about the criminal charges against Stone, whose prison sentence Trump commuted on Friday.

Weissmann, who is currently an MSNBC analyst, asserted that Stone was convicted on charges of “lying to Congress about the coordination between the Trump 2016 campaign, Mr. Stone, WikiLeaks and Russia.”

Stone was convicted on five counts of making false statements to Congress, an obstruction charge and a witness tampering charge, none of which involved allegations of coordination between the Trump campaign and WikiLeaks, or anything to do with Russia.

The special counsel’s report said that no Trump associates were found to have coordinated with the Kremlin or to have taken part in the hacking or release of emails that WikiLeaks published.

Instead, Stone was charged with lying to Congress about his discussions with members of the Trump campaign and other associates regarding WikiLeaks’ plans to release documents during the 2016 campaign.

While Stone indicated to some associates that he had inside knowledge about WikiLeaks’ plans to release information that could hurt Democrats, prosecutors never alleged that he actually had legitimate insight into WikiLeaks’ activities.

Stone’s communications with one associate, Randy Credico, indicate that Stone was in the dark about what WikiLeaks would do. Days before WikiLeaks began releasing emails that were hacked from Clinton campaign chairman John Podesta, Stone pestered Credico for information about WikiLeaks founder Julian Assange’s plans.

In his op-ed, Weissmann gamed out the scenarios for a Stone grand jury appearance, leaving little doubt that he believed that Stone lied to protect Trump.

“Mr. Stone was sentenced to spend 40 months in prison until he got his reward for keeping his lips sealed,” wrote Weissmann, who is working on a book about his work on the special counsel’s team.

“To get at the truth of why he lied, Mr. Stone can be served with a grand jury subpoena — by a federal or state prosecutor — or even with a congressional subpoena, requiring him to answer the question: Why did you lie to Congress? And many others,” Weissmann wrote.

He also offered a strategy to ensure that any charges brought against Stone would be protected from a Trump clemency order in the event he loses his re-election bid.

Weissmann noted that if Stone lies to a grand jury he could be prosecuted for perjury.

“The president’s commutation does not and could not apply to future crimes by Mr. Stone, including lying under oath to a grand jury,” he wrote, noting that “federal charges need not be lodged until, say, Jan. 20, 2021.”

“State charges could be brought sooner.”

What Weissmann did not address is why the special counsel’s office did not force Stone to appear before a grand jury while the Russia investigation was underway.