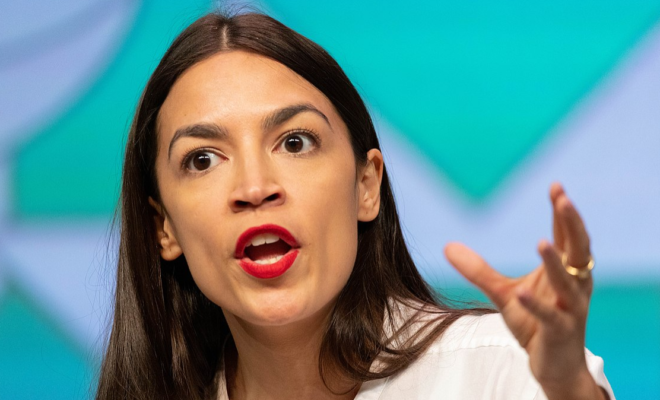 The statue of a Catholic saint who served people with leprosy in Hawaii is an example of colonialism and white supremacy, New York Rep. Alexandria Ocasio-Cortez suggested an Instagram story Thursday.

In the video, one of several posted several Instagram stories criticizing the number of white, male figures represented in the U.S. Capitol on Instagram, Ocasio-Cortez refers to the “patriarchy and white supremacist culture” and pans to Hawaii’s statue of Father Damien, a Belgium-born 19th century priest who dedicated his life to a leper colony on the island of Molokai and eventually died with the disease, according to the Architect of the Capitol.

. @AOC calls the statue in the US capitol building of Father Damien, a canonized saint in the Catholic Church, a part of “white supremacist culture.”

Father Damien died of leprosy after spending his life serving others who had the disease. pic.twitter.com/NVnfCN7EVK

“It’s not Queen Lili’uokalani of Hawaii, the only Queen Regent of Hawaii, who is immortalized and whose story is told. It is Father Damien. This isn’t to litigate each and every individual statue, but to point out the patterns that have emerged among the totality of them in who we are taught to defy in our nation’s Capitol: virtually all men, all white, and mostly both,” Ocasio-Cortez said.

While serving the colony, Father Damien built six chapels, heard confessions, held Mass daily, constructed coffins, and dug graves until he contracted the disease, according to the Architect of the Capitol. He became Saint Damien after the Vatican was canonized him in October 2009.

“Even when we select figures to tell the stories of colonized places, it is the colonizers and settlers whose stories are told – and virtually no one else,” Ocasio-Cortez said.

Hawaii’s other statue in the Capitol is of King Kamehameha I, who became king after unifying the Hawaiian islands in 1810, according to the Architect of the Capitol. The two statues were gifted to the National Statuary Hall Collection from Hawaii in April 0f 1969.