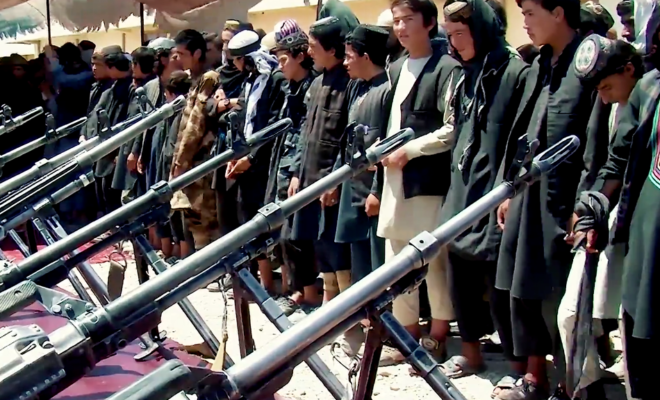 More than 100 alleged or convicted jihadists were reportedly freed in Mali last weekend in exchange for the release of a three-time presidential candidate and a French charity worker, according to the Agence France-Presse.

Petronin was reportedly the last French national to be held hostage worldwide, according to the AFP. Petronin was last seen in a video appearance where she asked French President Emmanuel Macron for help in June 2018, in November 2018 her captors released a video saying that her health had deteriorated.

Insurgency-hit Mali has freed over 100 alleged or convicted jihadists to secure the release of a top politician and a French charity workerhttps://t.co/pYG82VGiLz

The prisoners were transported by plane and released in the central region of Niono, Mali, and the northern region of Tessallit, Mali, a security service official confirmed, according to the AFP. A lawmaker in Tessalit said that “large numbers of jihadist prisoners” arrived in the area Sunday.

“We have to be attentive and remain very careful because if there are any attempts (to free them) we don’t want to disrupt that,” Petronin’s son Sebastien Chadaud said, the AFP reported. “It is too early to rejoice because we have lived through moments like this before.”

An Al-Qaeda-linked group led by militant cleric Amadou Koufa may be responsible for the kidnappings, according to Malian officials, the AFP reported.

An interim government was instated after Malian President Ibrahim Boubacar Keita was reportedly overthrown by a military junta in August, according to the AFP.

Cisse was abducted before Keita was forced out, fueling protests over the public perception that he was unable to combat the jihadist insurgency, the AFP reported.