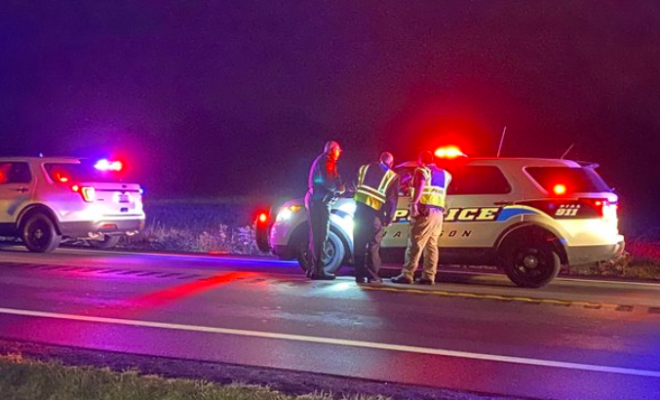 Ohio police are searching for a man who allegedly grabbed a uniformed officer and dragged him with his car Wednesday.

The cop, who was not identified by authorities, executed a traffic stop when the violent incident occurred, according to WFMJ. After a brief exchange, the suspect purportedly grabbed the officer and sped away for several feet until the policeman fell to the ground, the local outlet reported.

The police officer was transported to a local hospital with injuries, and the suspect is still at-large, according to WFMJ. No vehicle or perpetrator description has yet been released by local law enforcement, but authorities from three different departments are investigating the incident, the local news source wrote.

Police have yet to release a motive for the alleged attack, according to the local outlet.